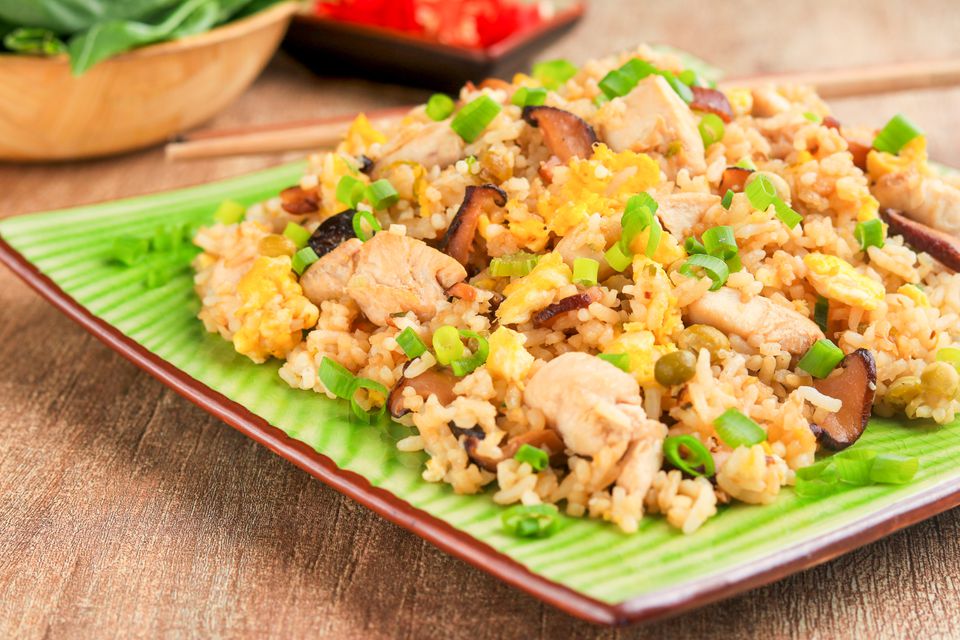 Today I will share my recipe for khao pad, a Thai style fried rice.

1 tablespoon of oil for frying

In a large pan or wok heat oil in medium heat and saute onion and garlic, next add the Chinese broccoli and saute for 2 minutes. Add your rice, soy sauce and oyster sauce. Sauté for 4-5 minutes. Add 1 egg and sauté for another minute. Add any spices you like and then serve!

You can add additional toppings like chicken or beef to your dish. Or you can always serve the dish on its own.

Today I will share with you my recipe for kungpao cauliflower bites. They are certainly a favourite around the clubhouse. You won’t miss getting takeout when you have this recipe at home!

Place everything in a small pot and mix together well with a whisk. Turn heat on medium and simmer for 5 minutes. The sauce will thicken quickly. Do not cook the sauce on high heat as it will burn fast.

Place flour, cornstarch, milk and baking powder in a mixing bowl and whisk together till smooth.

Next you are going to dip the cauliflower florets in batter and deep fry till golden. Then toss in the kung pal sauce while the cauliflower is still hot. Garnish with crushed chilli flakes, chopped scallions and toasted cashews.

Serve with rice or by itself. This will for sure be a meal your whole family will enjoy. 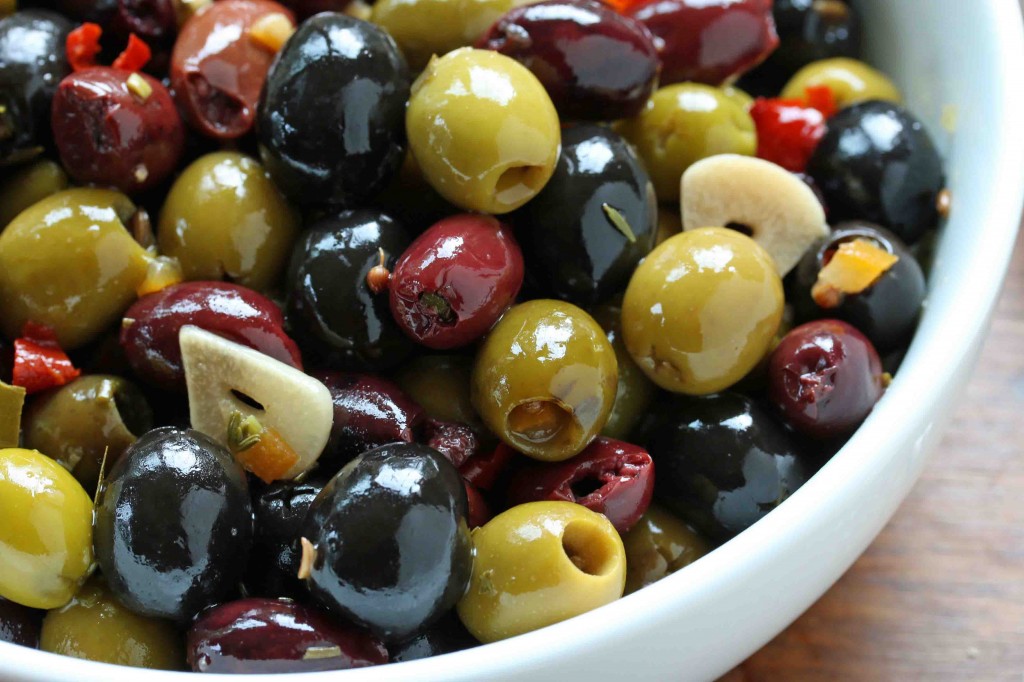 Today I will share with you my recipe for marinated olives.

This recipe is great for an appetizer or to have in your spread at your next dinner party.

In a medium size pan on low heat, place olive oil and sliced garlic and toast until garlic is light golden brown. Add chili flakes, orange peel and olives. Sauté for 2 mins mixing everything together. Place in serving bowl and allow to cool for 10 mins before serving.

Today I will share with you my recipe for Bumbu Dasar Kuning; an Indonesian yellow spice paste

If you use a mortar and pestle, the order to be followed when grinding spice paste ingredients is the hard items first, candle-nuts, turmeric and ginger. You can chop the ginger and turmeric to make the grinding process easier. Once all of these are quite smooth, then add ingredients that are full of moisture, such as shallots and garlic.

If you use a food processor just blend all the ingredients until smooth.In low heat place the paste with some cooking oil in a pan. Add Indonesian bay leaves, kaffir lime leaves, turmeric and lemon grass. Allow to simmer in the oil for about 10 minutes to infuse all the flavors together and set aside to cool. Any leftover paste and be saved in a jar or ziplock bag for 1 week in the fridge or freeze remaining and you will have bumbu paste ready to go anytime you need it. 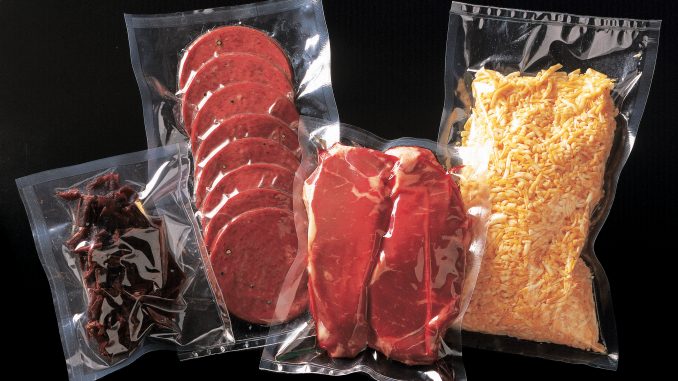 Vacuum packing is a type of packaging that removes air from the package prior to sealing it. You place the items in a plastic film bag, remove the air from the inside using the machine and seal the package.

Using this machine removes oxygen in the packaging to extend the life of food and be able to store the package without taking up a lot of space.

Vacuum packing limits the growth of bacteria or fungi and preserves the components in your food for a long period of time. You can store cereals nuts, cured meats, cheese and smoked fish for long period of time. Fresh foods such as vegetables, meats and liquids can only be stored for a short period of time in the vacuum packaging because it anticipates bacterial growth.

You can store the bags in the fridge or freezer and it will be a good way to prevent freezer burn on your meats.

Vacuum packing is great for non-food items as well. If you wanted to store clothing or bedding, you are able to vacuum seal these items and will reduce the amount of clutter in your home and save space.

You can buy a vacuum packaging machine at Canadian Tire, Walmart or Best Buy.

Today I will teach you how to approach and handle your shot from off the tee.

Ball Position: Off the heel of the front leg.

Clubface Position: Square to the target.

Stance: Wide, feet even with the shoulders.

Weight Distribution: Slightly toward or on the back foot.

Swing: Greater separation and rotation and loading are required.  Make certain that you transition smoothly, think low & slow as you initiate the takeaway….then go.  Hold the finish with the weight completely on the heel of the front, belt buckle facing the target, knees together, and body/spine angle maintained.

By understanding these areas of the golf swing completely along with practice and coaching, you will enjoy your game and time on the course.  Your scores will go down and you will have more personal satisfaction.

Practice with a purpose, have fun, and as Mr. Hogan once said “the secrets in the dirt.”

Here are some tips on how to handle approach shots

Ball Position: 2 inches off the heel of the front leg.

Clubface Position: Square to the target.

Stance: Feet inside the shoulders.

Weight Distribution: Evenly balanced on the inside of both legs.

Swing: Little effort is required.  Make certain that you feel as if you are going to compress the ball at impact.  Maintain a long straight leading arm into impact supported with a cupped right wrist and a flat left wrist. Shallow divots are made on the front side of the ball.

By understanding these areas of the golf swing completely along with practice and coaching, you will enjoy your game and time on the course.  Your scores will go down and you will have more personal satisfaction.

Practice with a purpose, have fun, and as Mr. Hogan once said “the secrets in the dirt.” 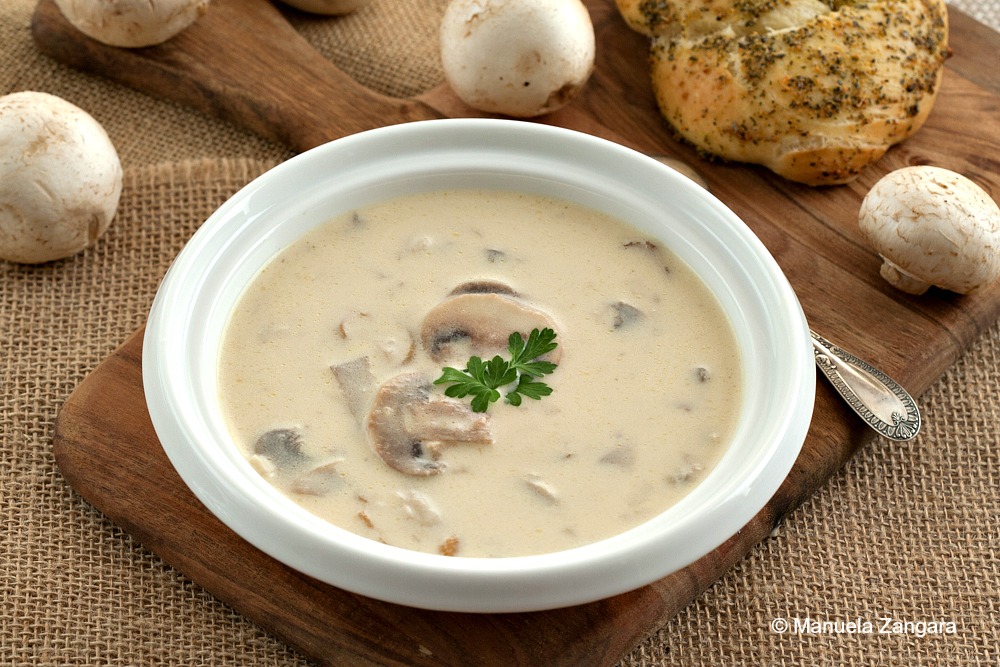 Today I will share with you my recipe for cream of mushroom soup. This is a very popular dish that I always get asked the recipe for. Now you will be able to make it at home for your guests and family to enjoy!

Place large pot on stove at medium high heat with 3 tablespoons of butter.

Crush garlic cloves, roughly chop onions, celery and place in pot and saute for 3 minutes. Add thyme and saute for another minute. Add washed button mushrooms, dry porcini and water. Raise temperature to high and bring up to a boil. Once it comes to a boil turn down heat to medium and simmer for 20 mins. Add cream and simmer for another 5 minutes.

Using a hand blender blend soup till everything is pureed and season to taste.

Using a blender (recommended) fill blender halfway full and place lid and towel on top. Caution do not fill too high as hot soup may splash out. Blend until smooth. Repeat till all soup has been pureed. Return soup into pot and add salt and white pepper to taste. Adjust consistency to your liking by adding more water or cream.

We have all been there before…your ball lands in the bunker.

Today I will teach you the steps to properly shoot your ball from the bunker.

Ball Position: Off the heel of the front leg.

Club face Position: Open the face of wedge to the target.

Stance: Open stance wide feet, dig into sand to establish a good base.

Swing: A feeling of splashing the sand onto the green is required; tell yourself I need more energy than my mind thinks, the sand will slow down the club head.  Be careful not to ground your club in the hazard.  Make certain that you hit slightly behind the ball and follow through with constant speed. Think low & slow as you initiate the takeaway, get your hands to travel to shoulder height on the back swing and follow through to target with your chest.

Follow these tips and you will be a pro in no time!

Remember to always have fun and see you on the course!

Over the years, one of the most common questions I get in the pro shop is “What is the difference between the Titleist Pro V1 and the Pro V1x golf ball”? The funny thing is that what once differentiated these two golf balls has completely flipped in recent years.

Titleist launched the Pro V1x golf ball alongside its second-generation Pro V1 golf ball in 2003, and golfers quickly understood the relationship between the two golf balls; the four-piece Pro V1x spins less than the three-piece Pro V1. That was common knowledge, embedded into the psyche of not just Titleist golf ball users, but golfers in general.

That relationship remained for the next 14 years.

With the release of its 2017 Pro V1 and Pro V1x golf balls, however, Titleist switched the script. The relationship between the two golf balls changed. The 2017 Pro V1x was a higher-spinning, and still higher-flying, golf ball than the 2017 Pro V1. Some golfers didn’t realize the change, while others were simply perplexed.

So for those Titleist golf ball players out there, if you are thinking that your Pro V1 is not spinning as much as it once did, you may need to make the switch over to the Pro V1x.

For the Cedar Brae members that are interested, we have a complimentary Titleist ball fitting day scheduled for August on August 16. Please email me at Justin@cedarbraegolf.com to schedule your appointment.

Happy golfing and see you on the course!